The Annual Sports Day of Church School, Beldih was celebrated in Sumant Moolgaonkar Stadium on

steel with bouquet. Next the school secretary Mr. S.C.Das welcomed all and gave a brief report of the

guest, making the commencement of the ceremony followed by releasing of balloons, to mark the

expression of joy and rejoicement.

The chief guest and special guest of honor were thereafter escorted by the vice Principal, tor the

inspection of the school appointments and the four houses' contingents. Next a spectacular, impressive

and well synchronized march past by the four houses contingents of the senior and junior. Thereafter, the

He lauded the energy, zest and vitality of students presenting the field display. He opined that sports is a

very important part of education, because it makes students disciplined. He urged students to participate

in sports with sincerity.

Next, there was a drill presentation by the primary section (STD I-III+IV-VI), which was followed by field

and track events for all. This entailed the prize distribution ceremony where the chief guest gave away

medals and trophies to the sports event winners

(S.S.P, Jamshedpur) gave away the prizes to the secondary section (STD V- XII). Next, the meet was

declared closed by the chief guest and the school flag was handed over to the Vice Principal after a slow march, by the school appointments. The lit flame was put off with a beating of the Retreat 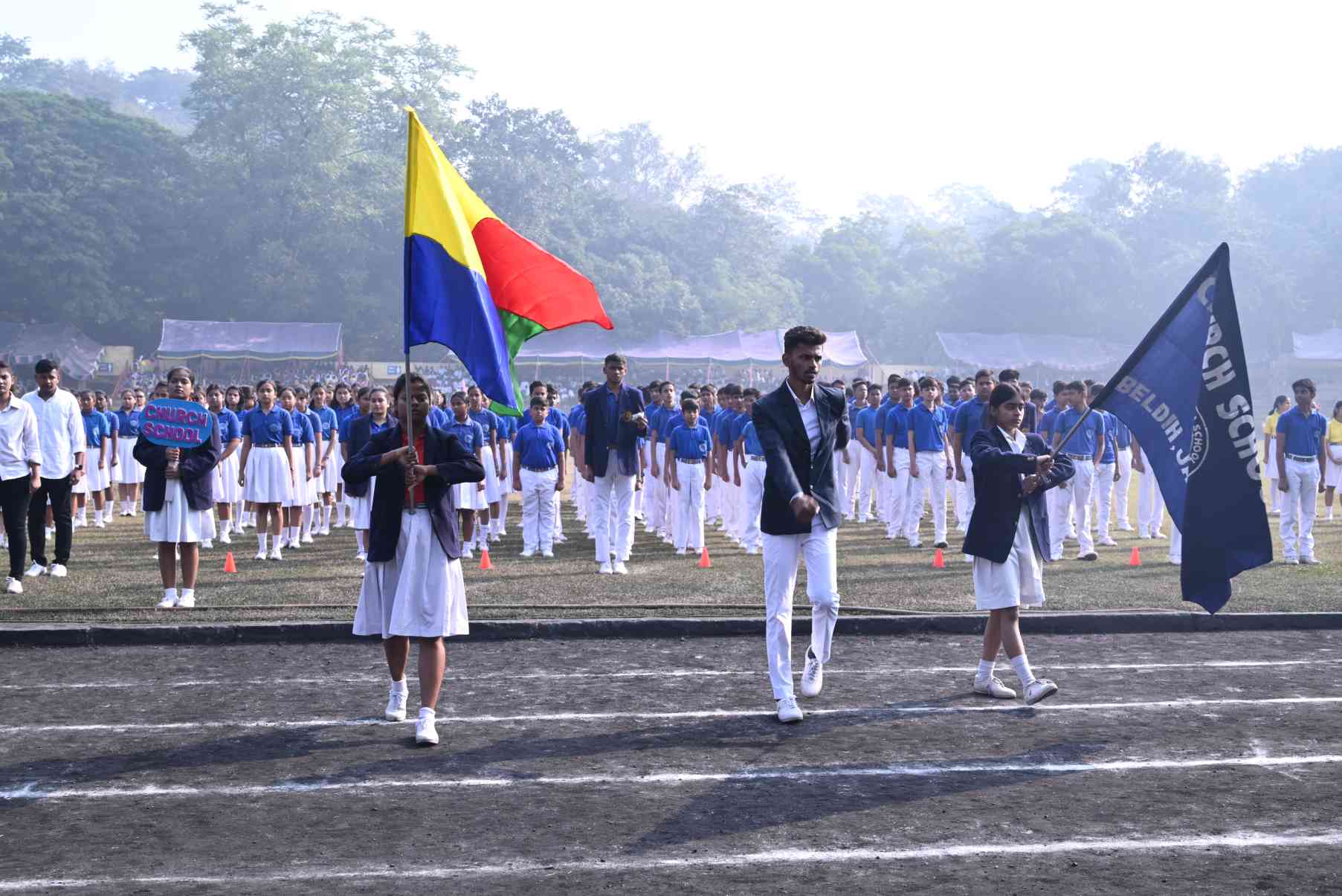 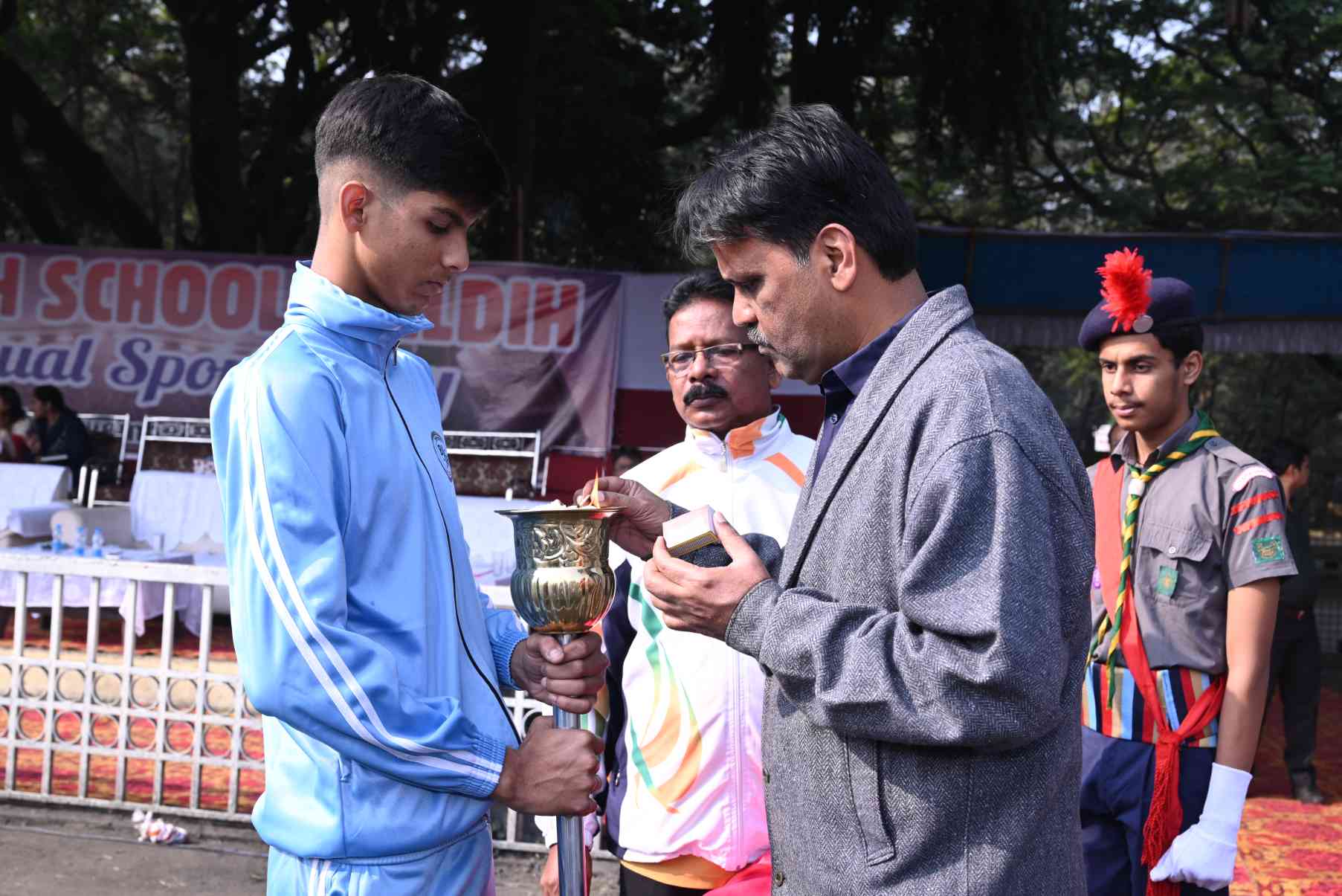 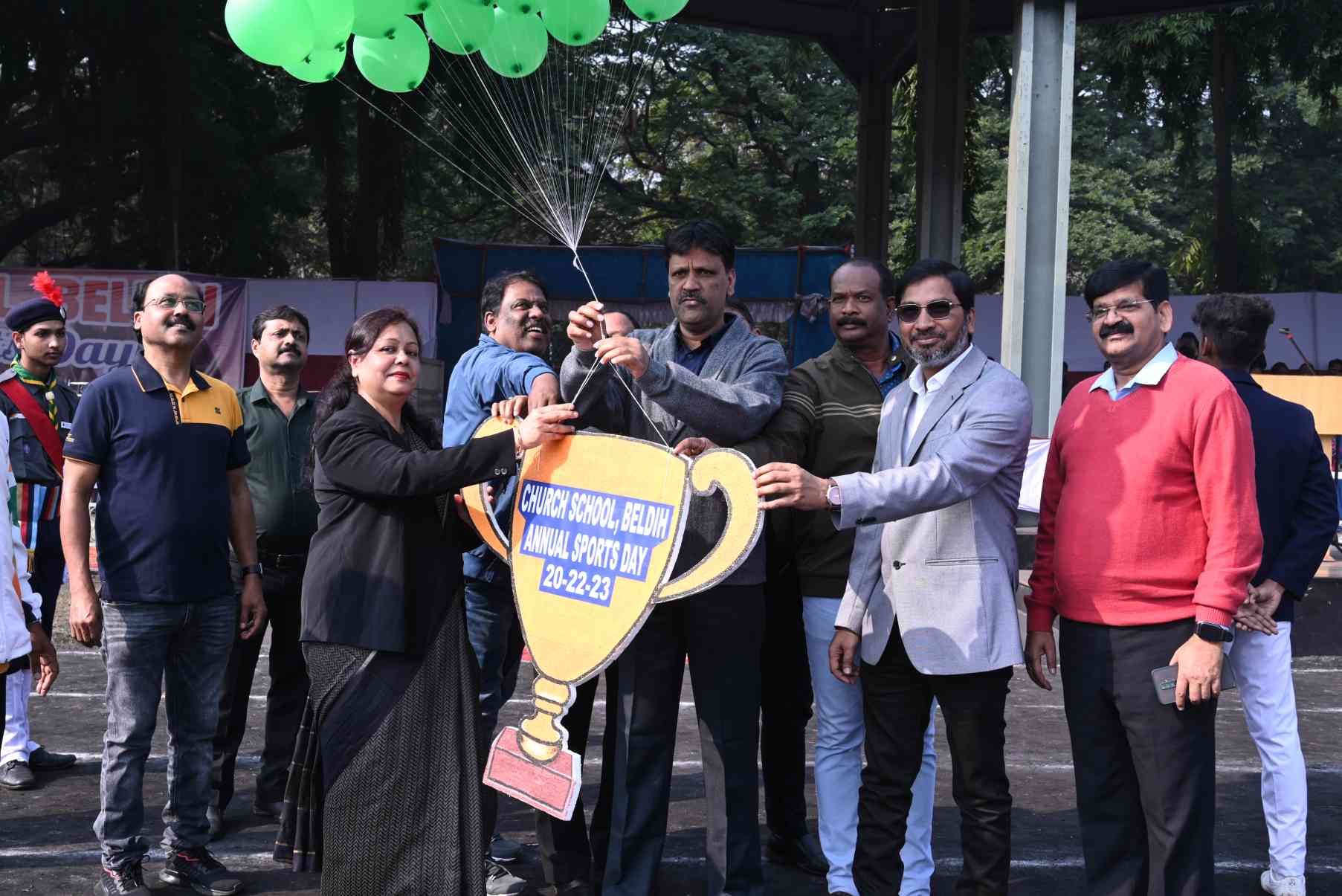 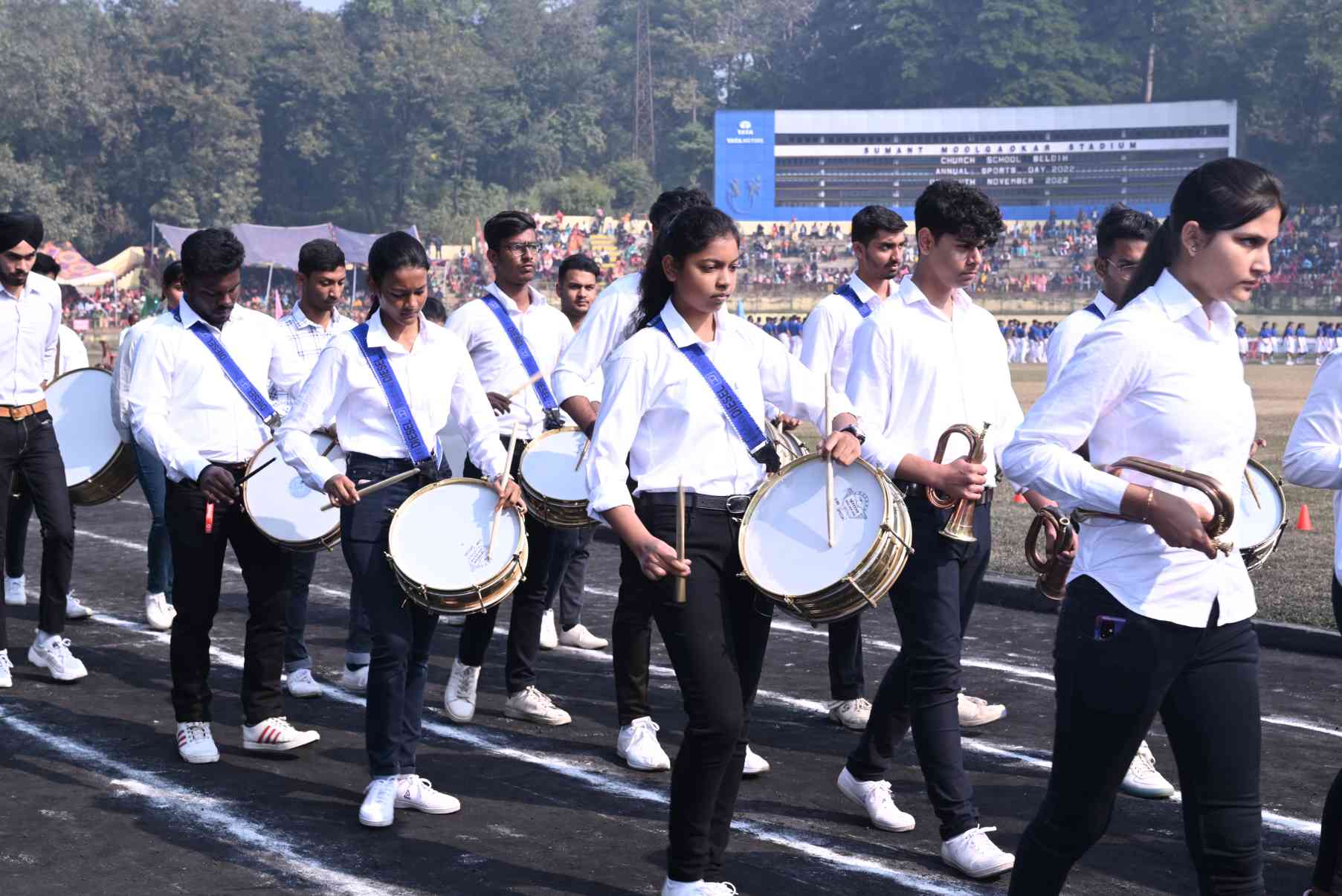 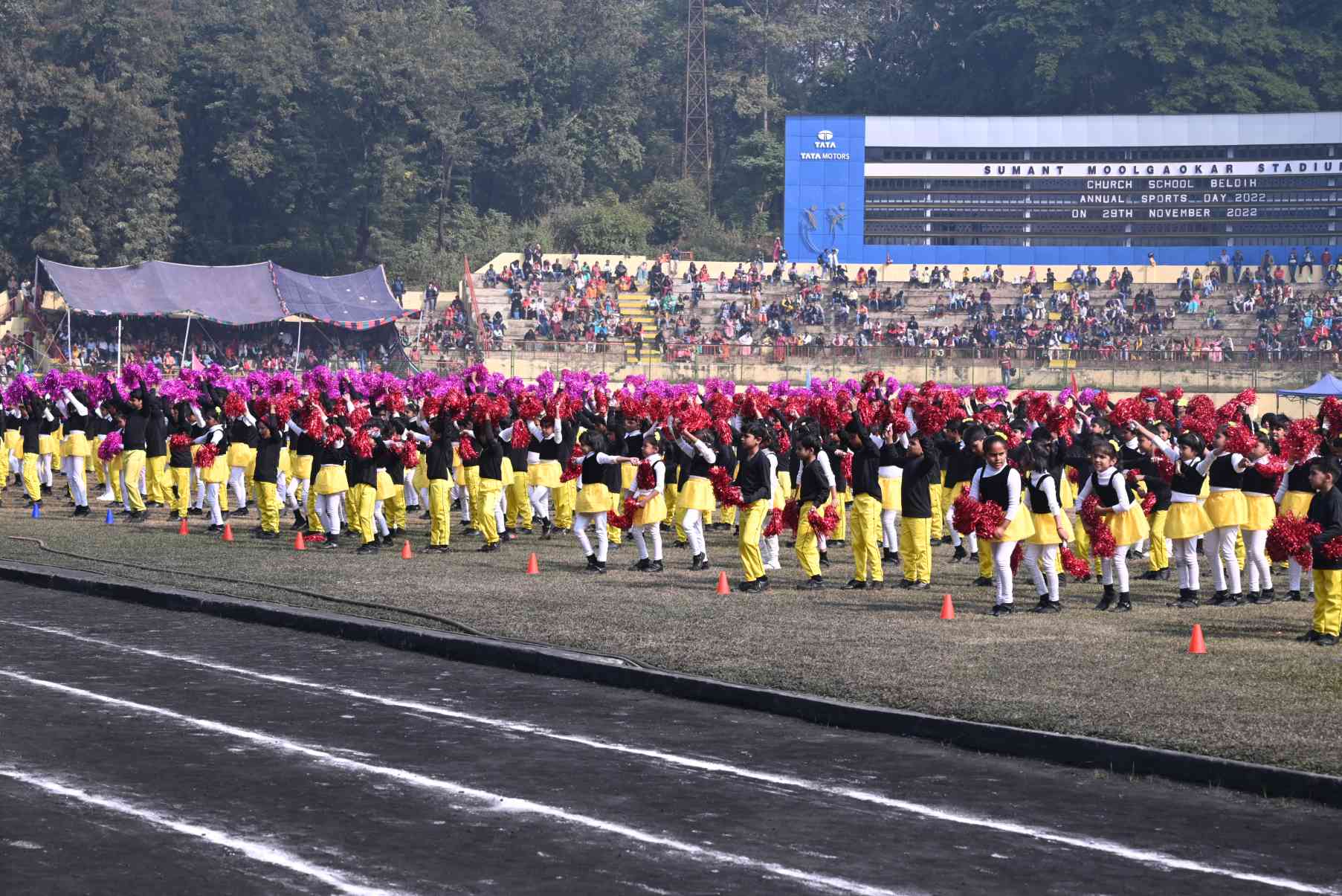 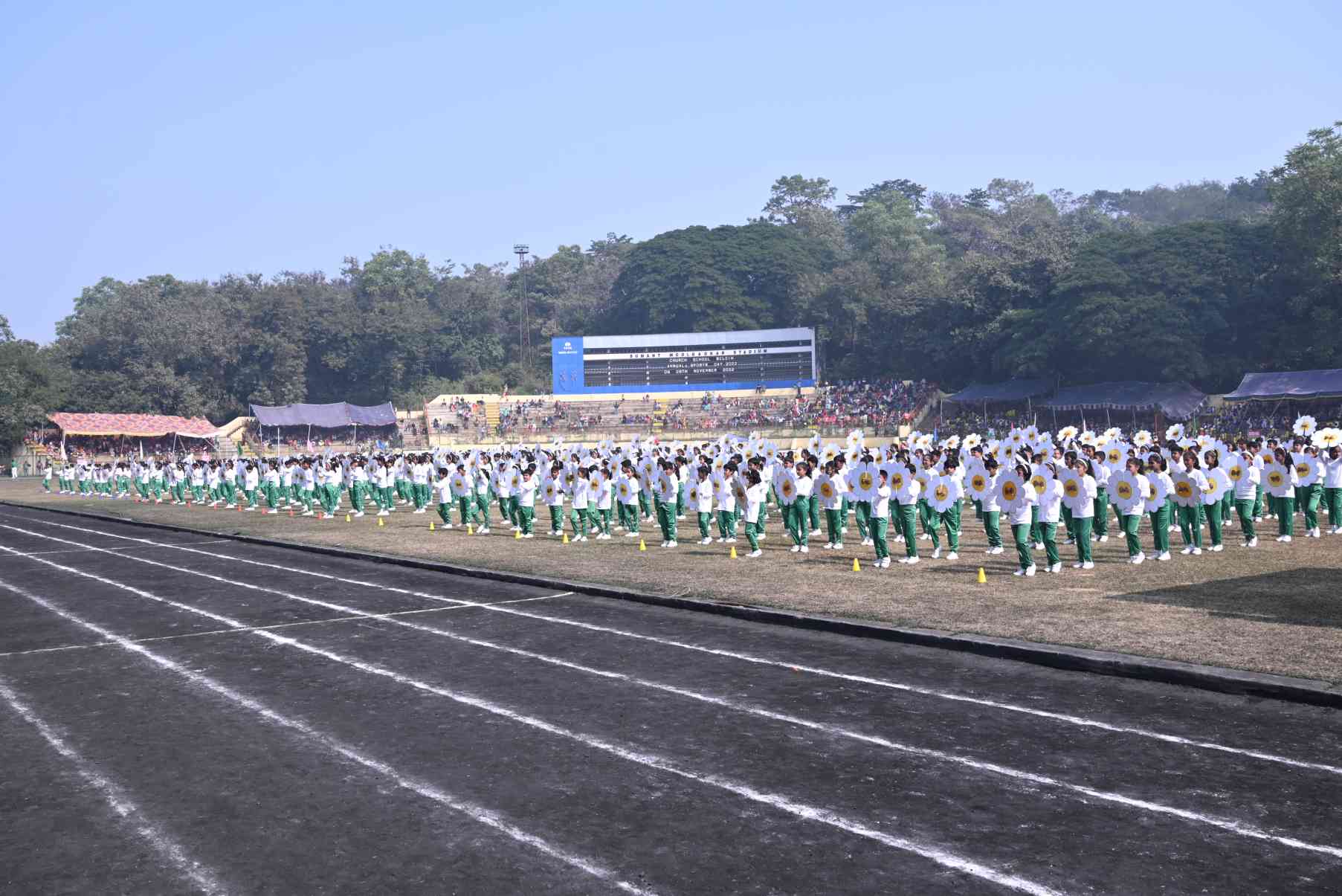 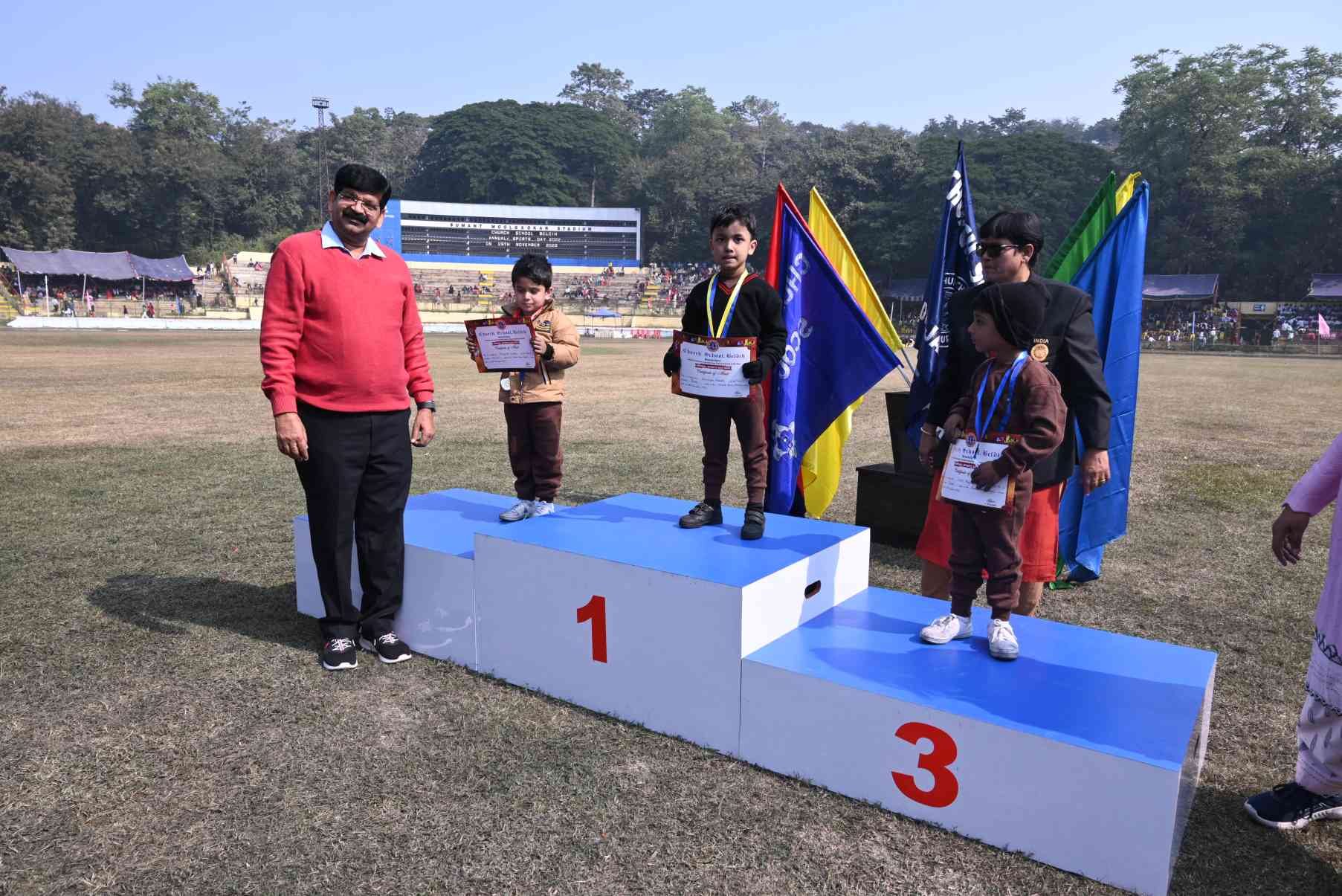 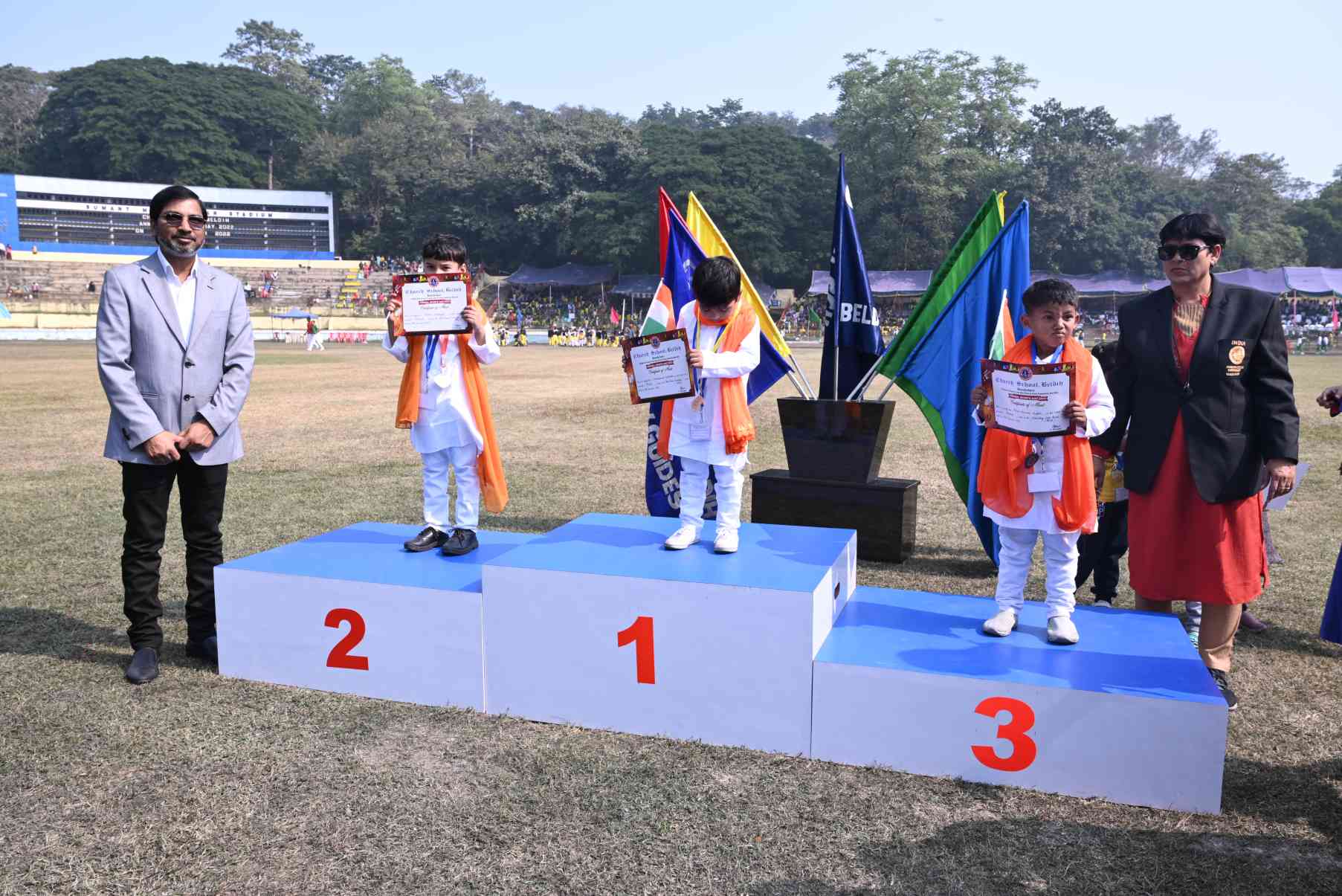 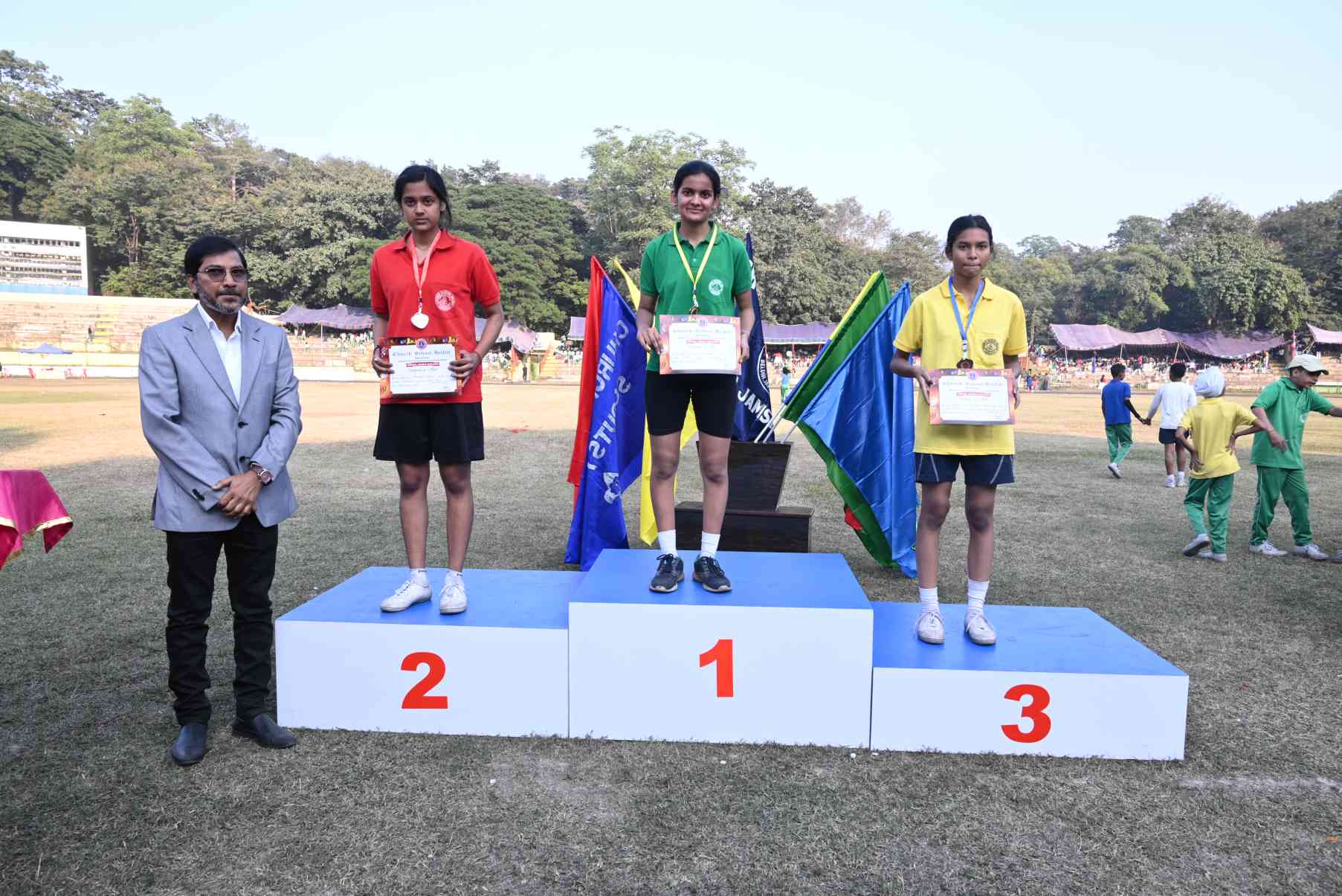 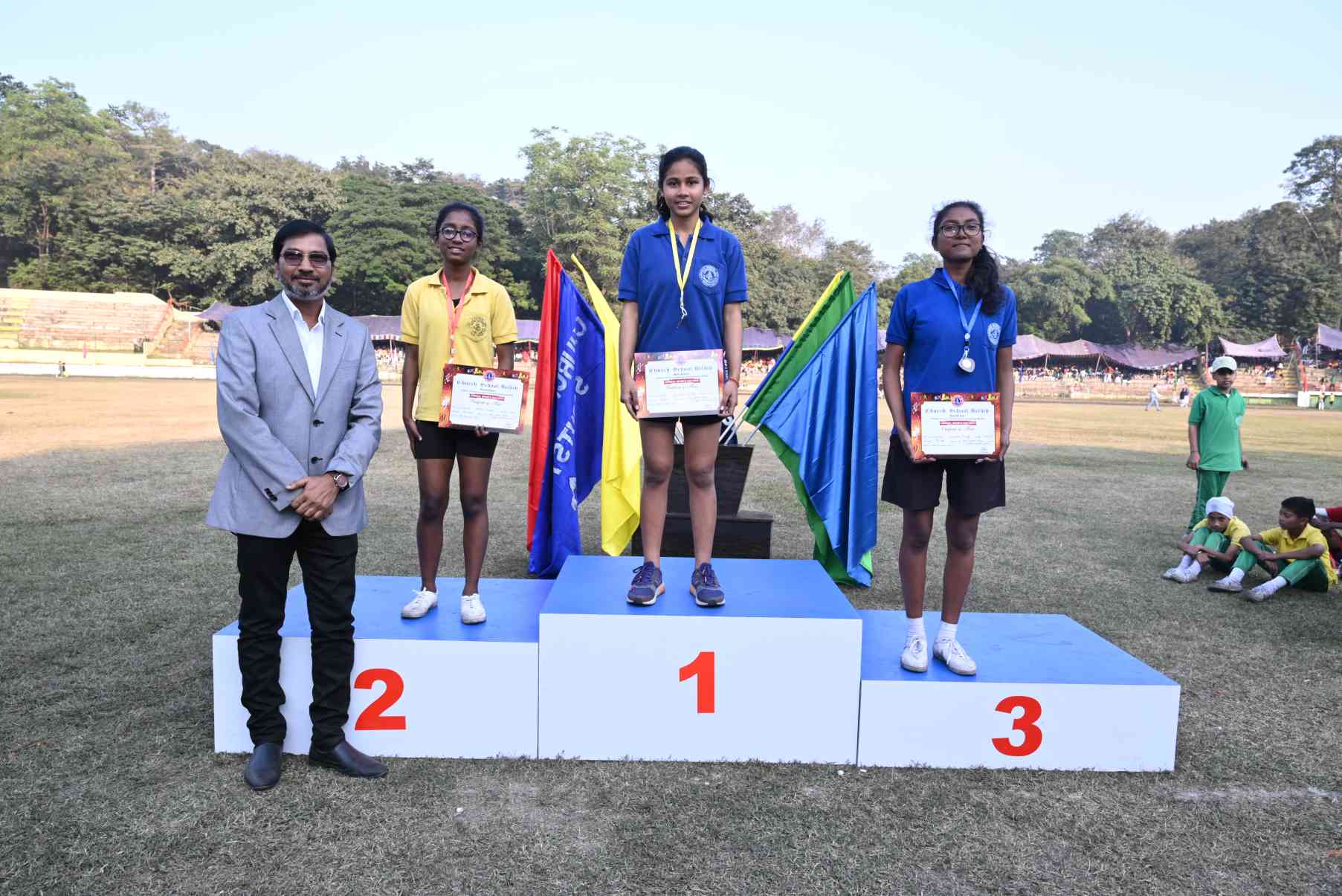 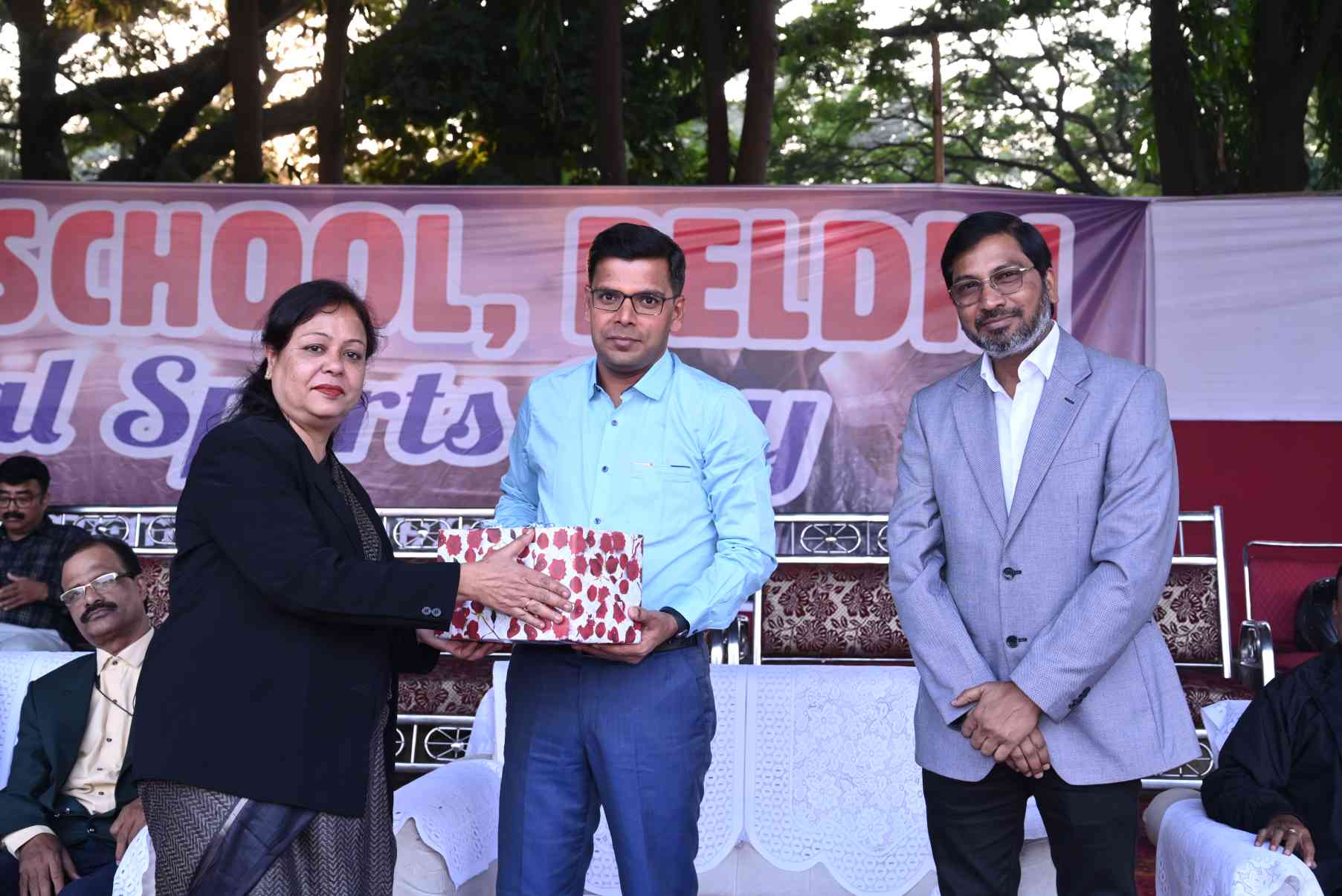 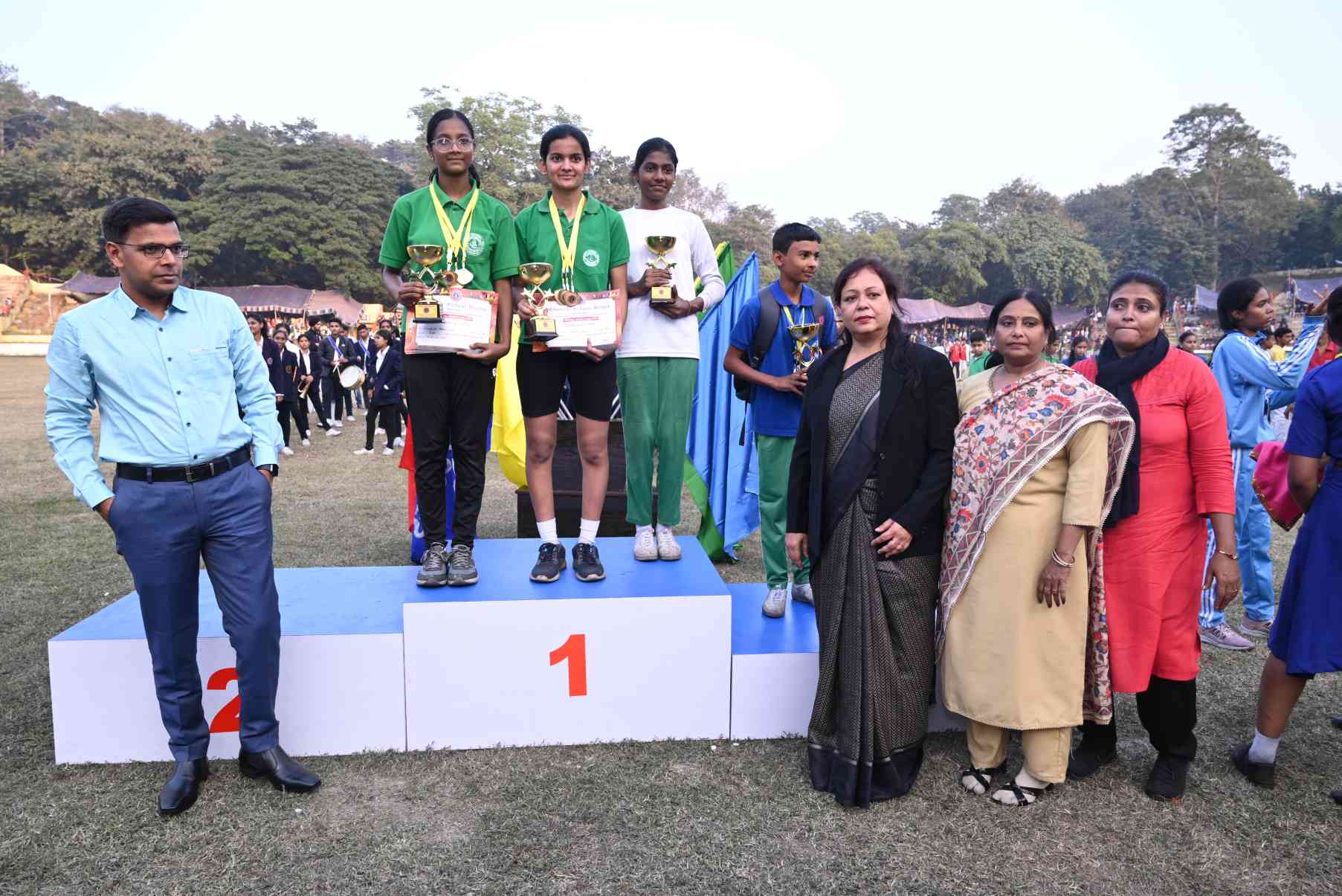 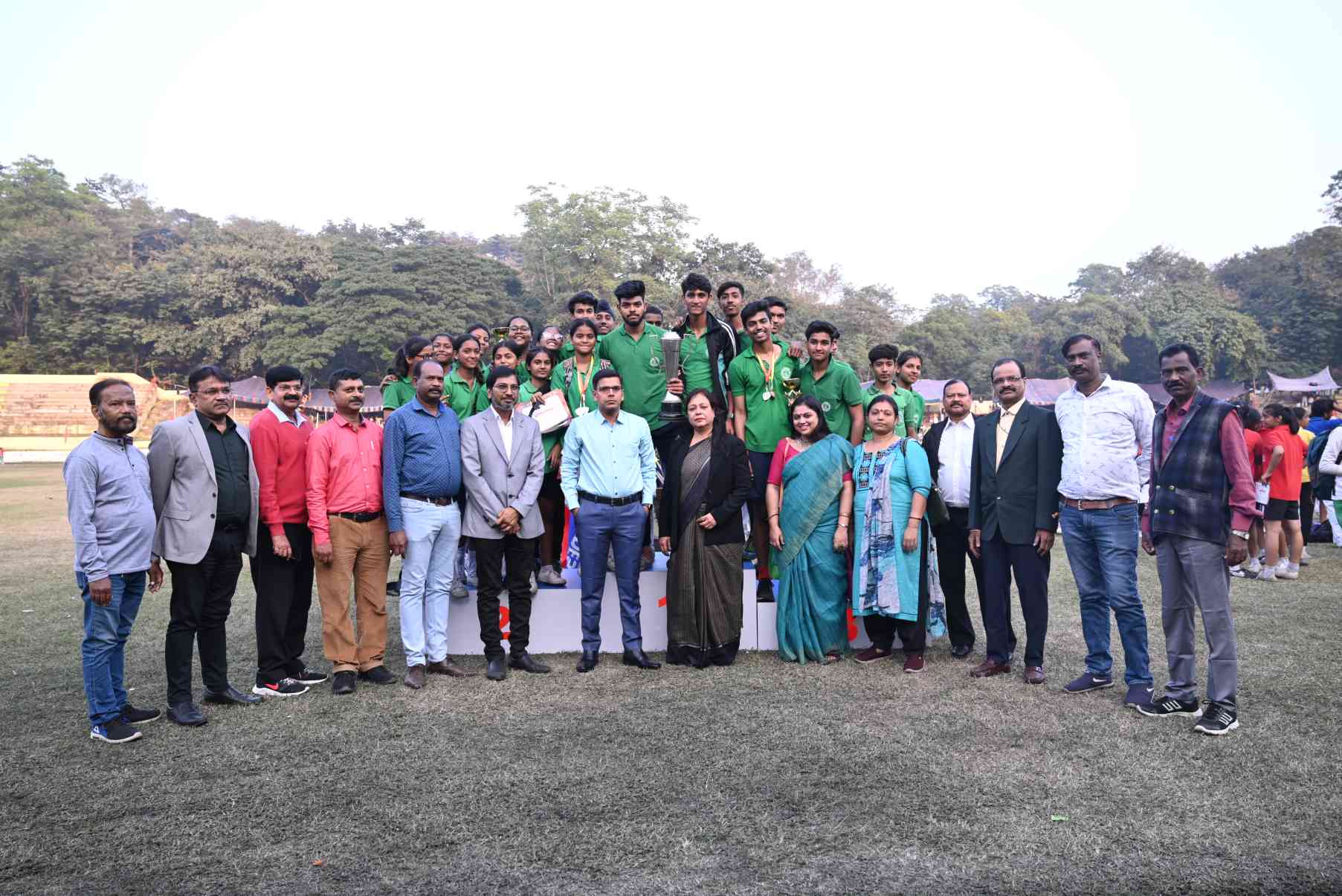 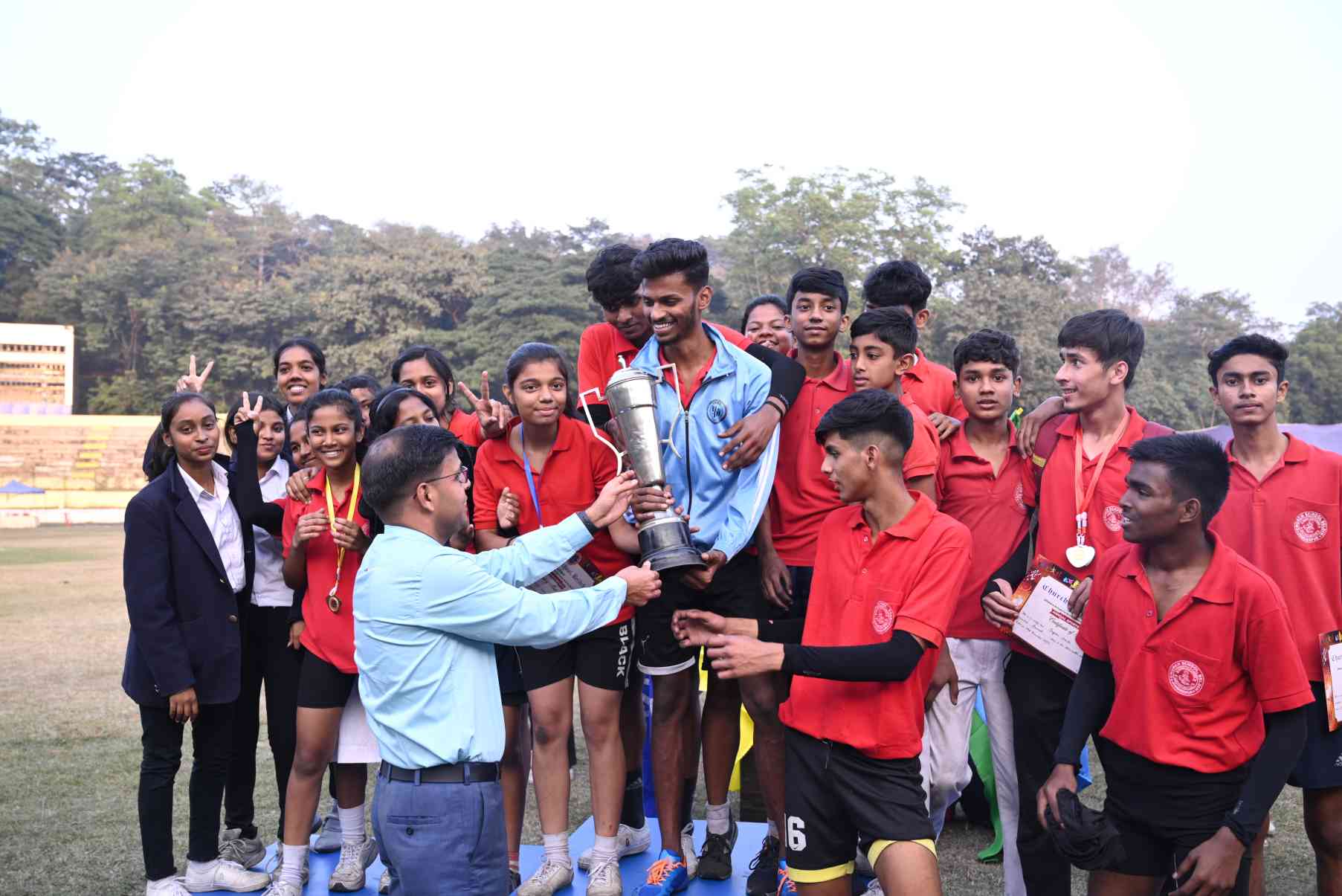