In the first couple of decades of the 19th century, the Americans, British and Europeans comprising executives, engineers, administrators, designers, planners and technocrats along with their families started arriving in Jamshedpur. 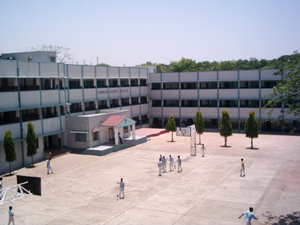 Lured by the prospects of Jamshedpur hundreds and thousands from all over India migrated to Jamshedpur. A large section of incoming Christians belonged to the Baptist faith speaking different languages – Bengali, Marathi, Oriya, Punjabi and Telugu etc. They adopted Hindi as the mode of communication .The land for the Church building and parsonage was acquired from TISCO .A small Kindergarten was started by 'The Roadys' in the parsonage to look after the education of the little children of the American families.

Sir Jahangir Ghandy, Resident Director of TISCO requested 'The Roadys' to add one or two classes every year for the children of TISCO officials .The year 2004 is a milestone in the history of Church School as it celebrates fifty Golden Years of service to the steel City of Jamshedpur in the field of education. Church School, Beldih established in the year 1954 is situated at Beldih Triangle, Circuit House Area, Jamshedpur. The missionaries established the Beldih Baptist Church in the year 1923. The School was established with able support from the Church and has been managed thence by the Executive Management Committee of the Church. 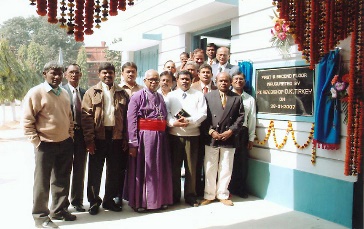 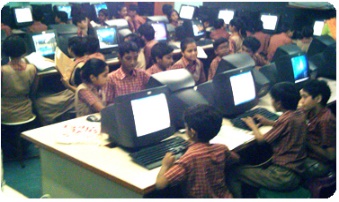 Commencing with a small strength of fourteen students the school went on to a capacity of 65 students in the years 1960. The school had Mrs. Usha Chand as the Principal followed by Mrs. A. Thomas, under whom the strength rose to 500 students. Mrs. Shanti John carried on the institution (1970-74) on the path of progress and handed over the reins to Mrs. V. David, under her able guidance the school grew to its present prestigious position. I.C.S.E. affiliation was obtained in year 1996 and in the year 1989 the first I.C.S.E. batch passed out with cent- percent result. The I.S.C affiliation came in 1993, the first batch of 100 Students passed with flying colour. After serving the school for twenty – five long years with dedication and zeal, Mrs. V. David stepped down and Mr. Flavion Toppno became the Principal. Dr. R. K. Behera succeeded Mr. Toppno . Mrs. Geeta Paul, Mrs. V. Ismail and Mrs. L. Peterson during their tenure as Principal tackled the Challenges of the School and look it to even farther heights.