The much awaited Annual sports day was held on 27th November 2019,with great zeal excitement and frolicsome atmosphere. The programme was held in Sumant Moolgaokar Stadium ,Telco. The programme begun with the opening prayer by Rev. Manoj Charan. Hony. School Secretary presented a bouquet to the Chief Guest. Vice principal Mrs. S. P. Sahu welcomed the esteemed gathering and emphasized on the importance of sports in a child’s life. The school flag was hoisted by the chief guest Mr. Hari Om Gandhi (Commandant, C.I.S.F., Jamshedpur). The Chief Guest took the salute of the impressive March past of the students, coupled with some stirring marching music by the band. The student entered into the spirit of the occasion in a grand way with oath being administered by students Saif Raja khan, Vaibhav Kumar, Manish Soren and Akash Vijay. The students displayed a wonderful drill. The guest of closing ceremony Mr. Rajesh Kumar Das ( G.M. Tata Motors) was welcomed by presenting a bouquet by the Vice Principal, Mrs. S. P. Sahu. The students competed in different events and the prizes were distributed by the Chief Guest. The flag was lowered and folded by Mr. Rajesh Kumar Das followed by vote of thanks by Mrs. Madhulika Roy the co-ordinator. The meet ended by the National Anthem by the school staff. 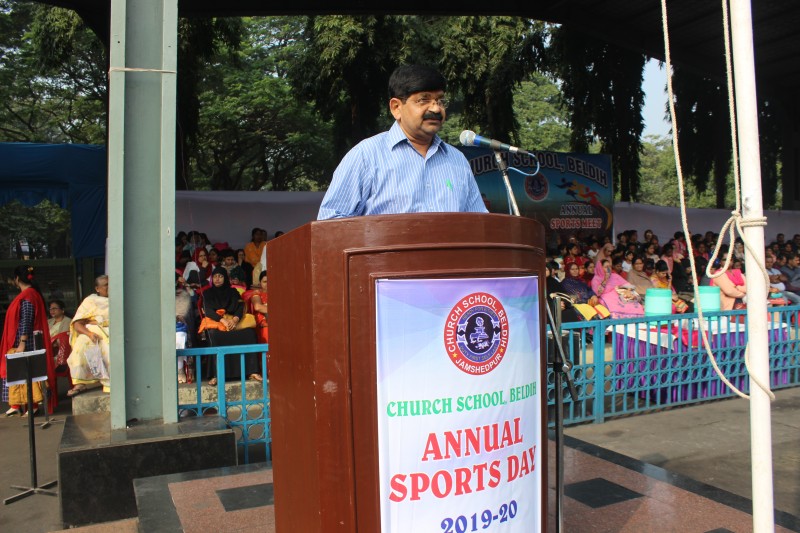 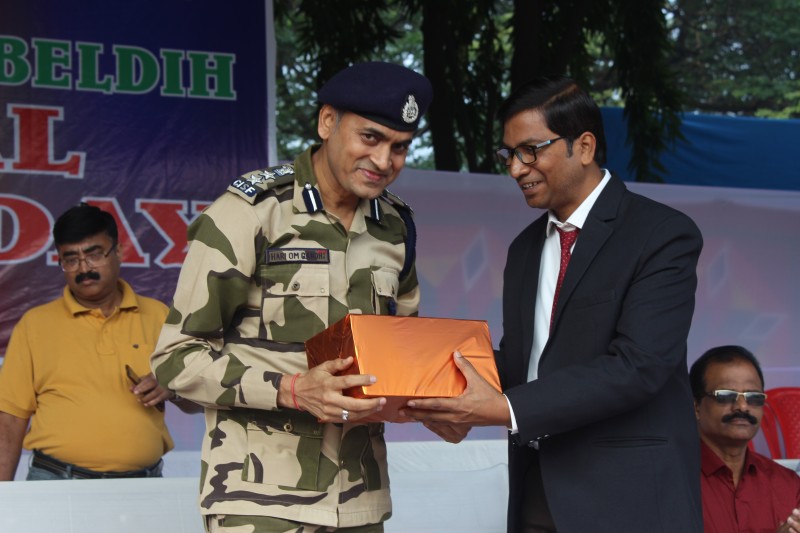 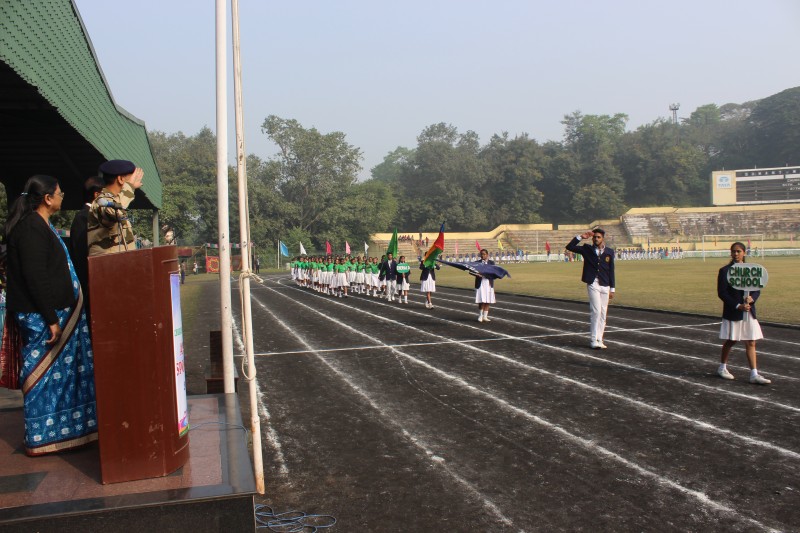 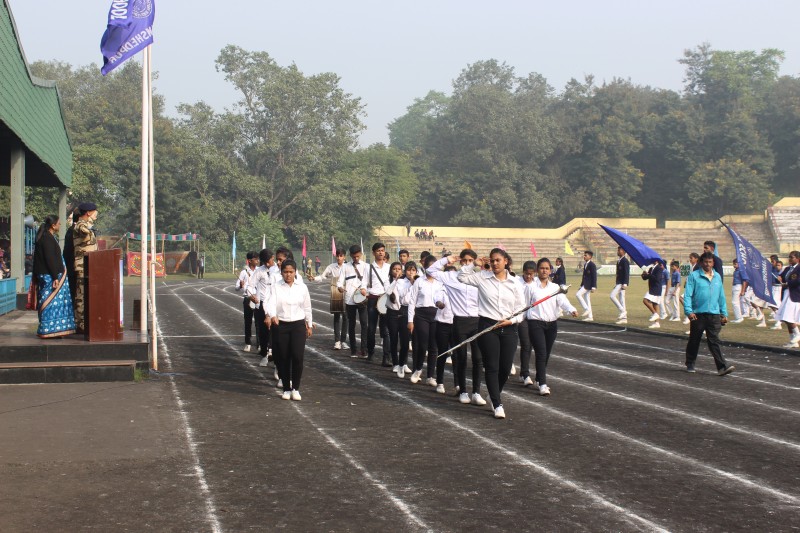 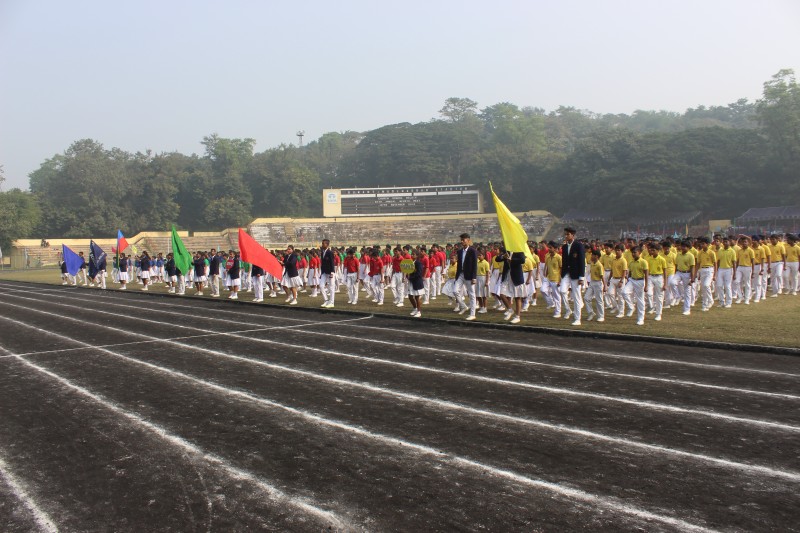 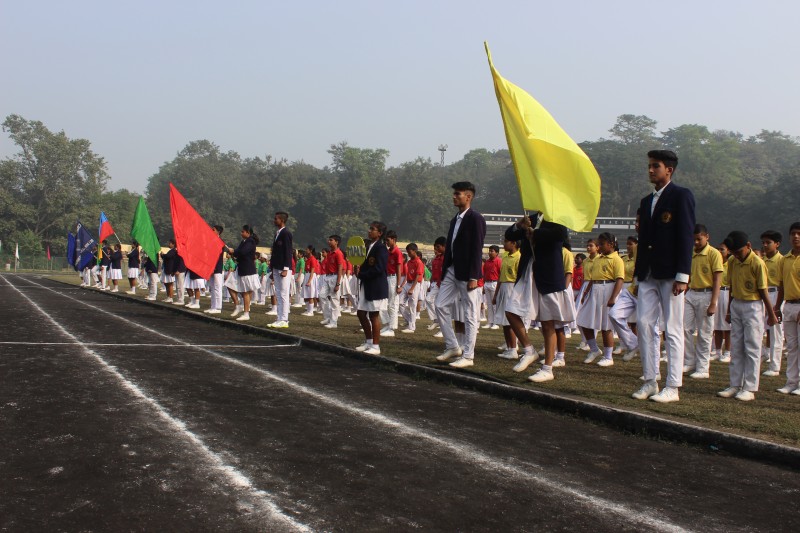 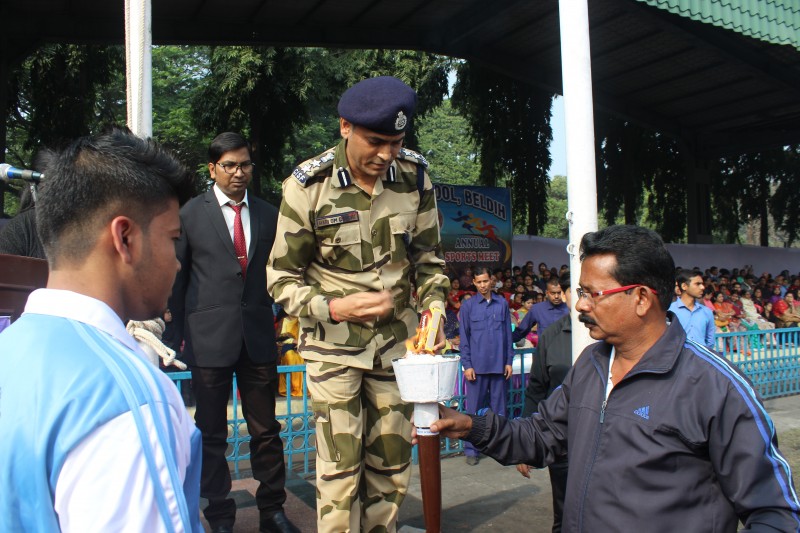 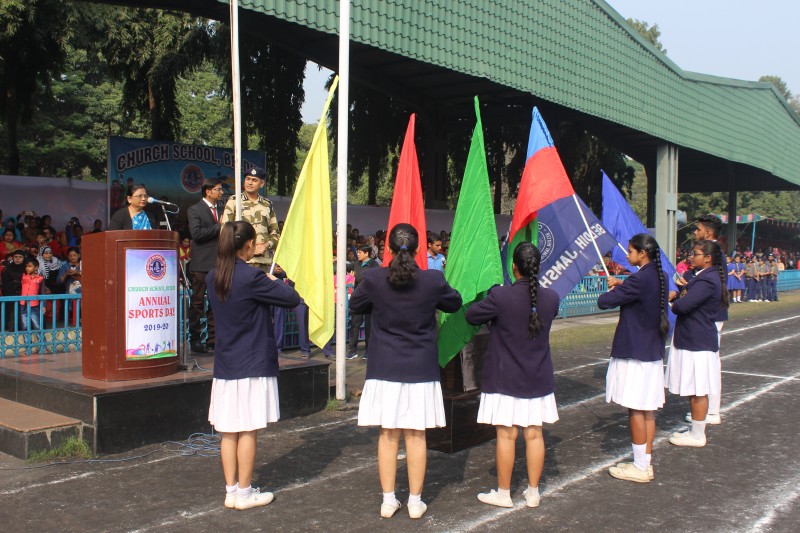 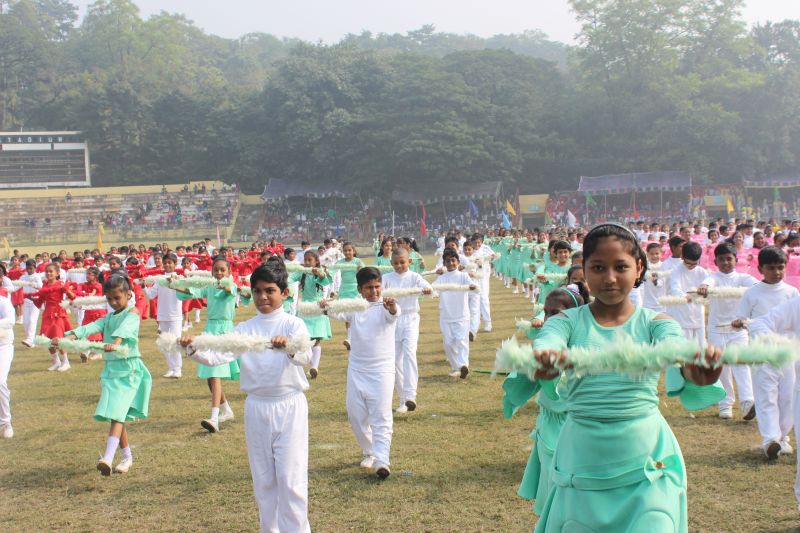 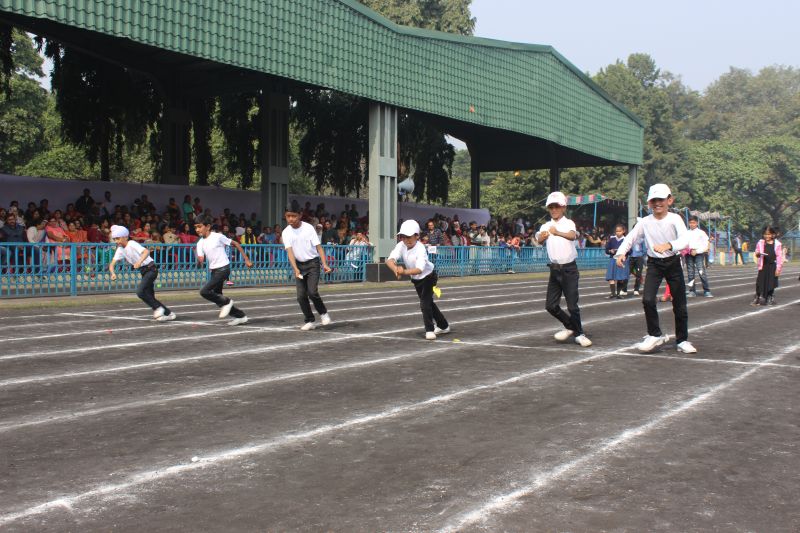 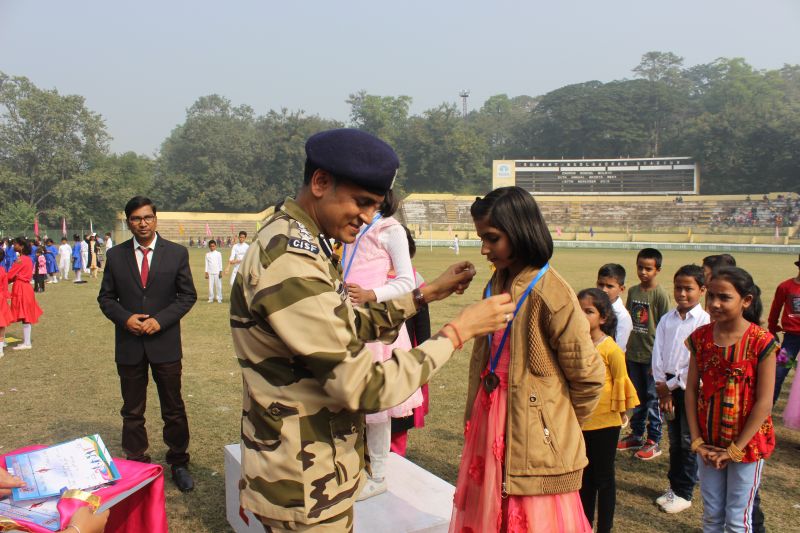 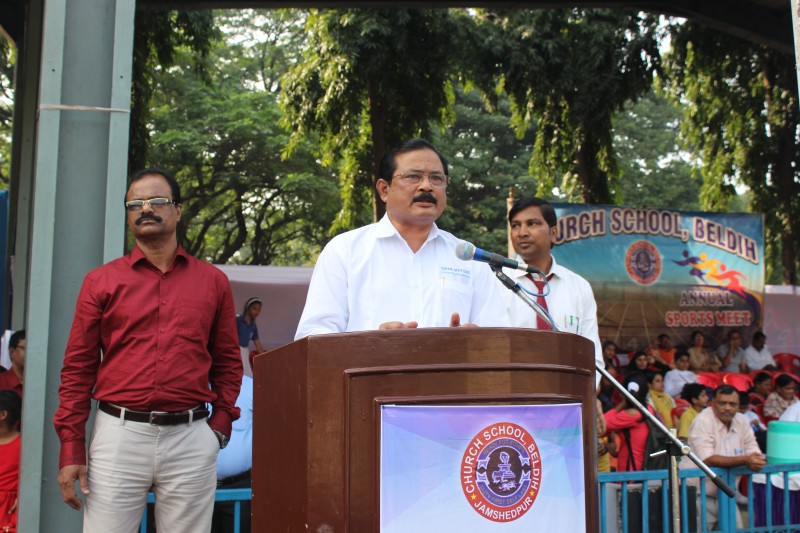 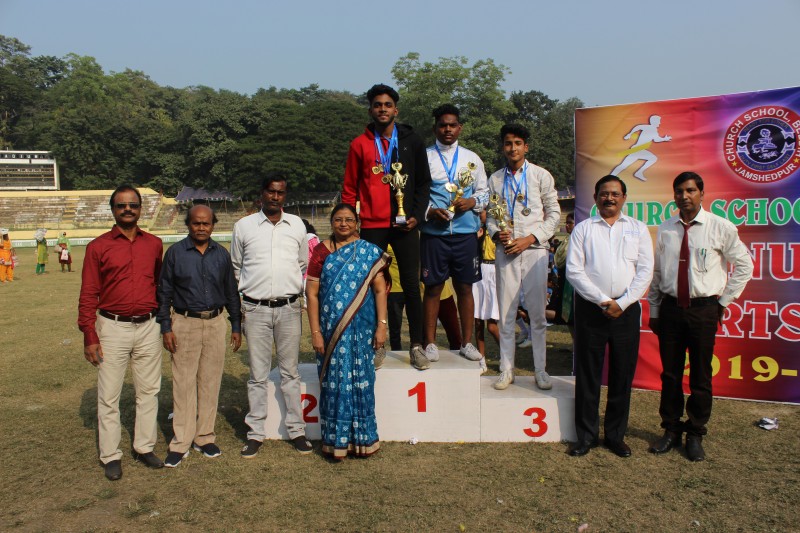 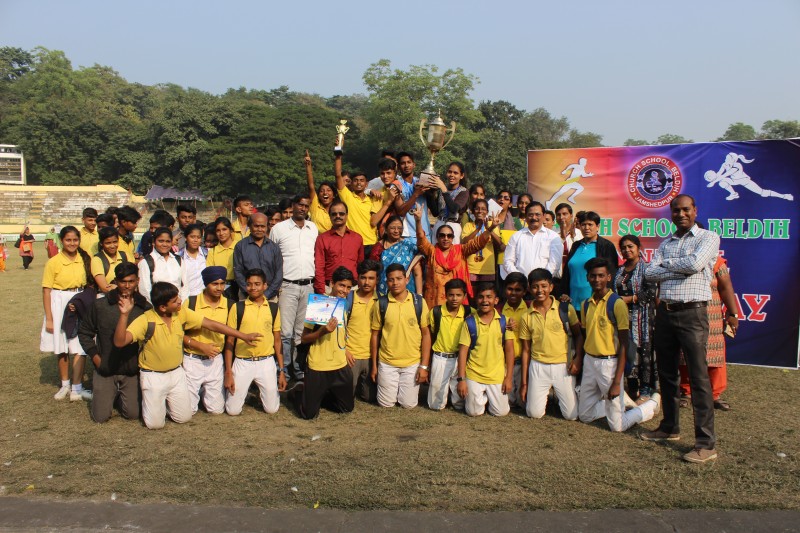